Introducing the ion implantation technology required for the IGBT process.

An ion implanter equipped with a plasma source IHC is used to form the P +, N + Field Stop layer. IHC is an abbreviation for Indirect Heat Current. The feature is that the filament is not directly exposed to the plasma surface, so it has a long life.

This mechanism is used in ULVAC’s ion implanter SOPHI-400. 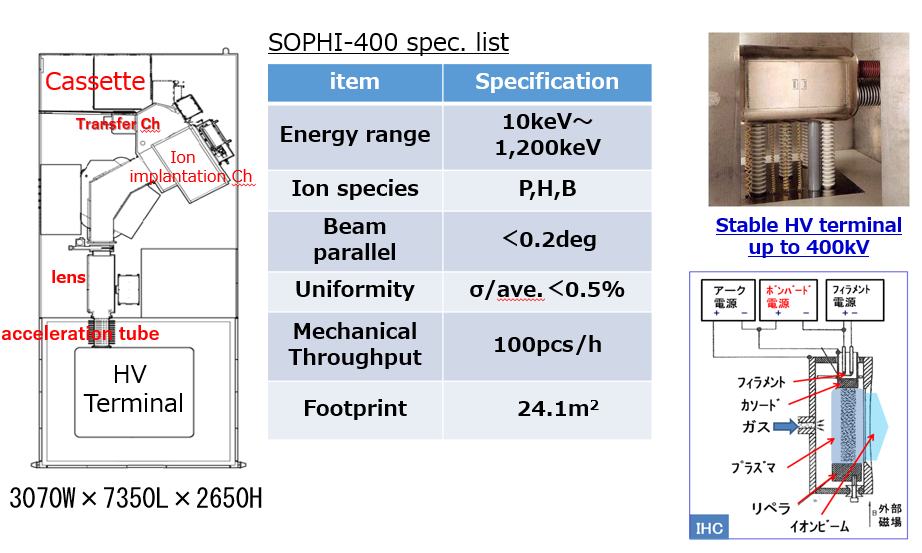 ECR stands for Electron Cyclotron Resonance. The feature is that it can generate a relatively large number of multivalent ions including hexavalent. In addition, it is a specification that can obtain a sufficient beam current even with hexavalent. 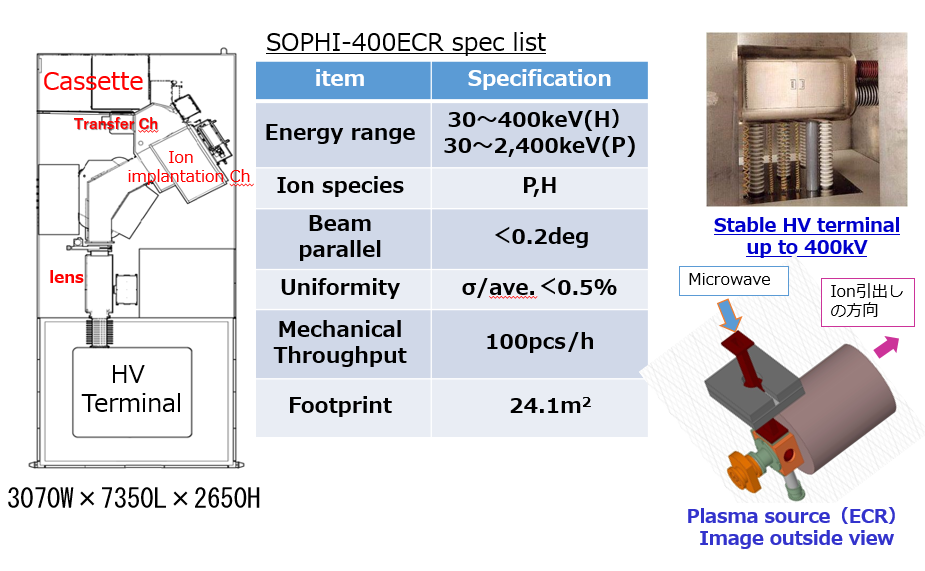